NatWest 3: an abuse of law 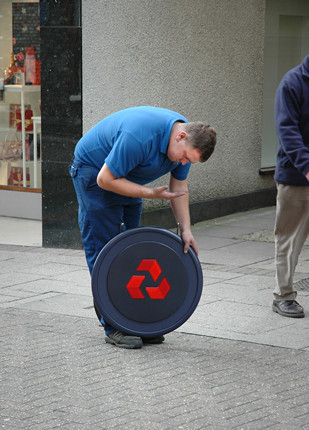 The case of the NatWest 3 provides a fine example of why we should worry more about legislation that is passed “to protect us from terrorists”.

The NatWest 3 could be tried in . They were in when they allegedly committed the crime. has a fully functioning judicial system that meets (and possibly surpasses) American standards. The is basing its claim for jurisdiction on the fact that money was wired between the and , based on which would have an equal claim for jurisdiction.

The UK-US Extradition Treaty of 2003 was originally agreed “to protect us from terrorism”. Ensnaring people who are suspected of a white collar crime, and hardly dangerous to society or “our way of life”, is an injustice and makes a mockery of a law that was supposedly enacted to protect citizens of both the and the . The situation of the NatWest 3 is a fine example of how “anti-terrorism” legislation is being used against ordinary citizens.

Thanks for writing about the NatWest situation. I find it yet another far-reaching, fuck-diplomacy situation. The monetary values concerning the three men in question wouldn't even cover a single days interest on the margin calls for Kenneth Lay.

And yet are treated like they are hardened criminals...ready to destroy America.. never mind that the evidence was not presented in a British court of law.

Can you imagine...the Brits serving papers to those Enron boys (those still alive) and flying them to London without presenting evidence in an American court?

No, TM, I could not imagine it. It would not happen and it could not happen. I didn't go into the Extradition Treaty, but if you have read any of the British press on it, you might have seen that the requirements for evidence are not the same both ways. It is actually harder for the UK to extradite someone from the US than it is for the US to extradite someone from the UK. I can't imagine why the UK government agreed to that.

Exactly! Why would the UK agree to something as retarded as that?

I know that is completely off topic and boring...but the soft-wood lumber agreement that was finalised recently is another example of the USA screwing a great pal...why why why

Sometimes basking in the glory of American friendship is expensive, unreciprocrated and soulless...similar to screwing an expensive, aggressive hooker I suppose