Reason on the rise again? 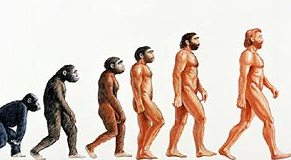 The town of Dover, Pennsylvania proved yesterday that reason has not completely abandoned the people of the United States.

The Dover school district had been the first one in the US to introduce “Intelligent Design” (i.e. neo-creationism) into their science curriculum as an alternative to Darwin’s widely accepted Theory of Evolution. The people of Dover rebelled at the ballot box on Tuesday, voting out every one of the eight members of the school board that had supported the teaching of “Intelligent Design”. Each of the newly-elected members of the school board ran on the Dover Cares slate, which had come together specifically to oppose the curriculum change.

It is reassuring to see that some people still care about what their children are being taught in school.
Posted by Monkey's Max at 13:22

If only I could have clicked on the link to this blog at Devastatn D's....I would have been able to get here that much quicker to say how boring all of this is to read.

So sorry to disappoint. I shall endeavour to put more effort into my blog. I will have more time to devote to it once my stint as DL's writing tutor is over, which will be early next week.

Thank you for your feedback.

Why can't you teach both theories?

What if "the children" want to learn about it? If little Johnny asks the teacher, "Mrs. Kerbopal?" (a boy anxiously raises his hand)
"Yes, Ralph, must you go to the bathroom, again?"
"No ma'am, Whats all this I hear about Intelligent Design, what is it?"

"Well, Ralph I can't tell you because I could lose my job."

Seems pretty silly. When textbooks give out poor, inaccurate or incorrect information to our kids, I think its more of a crime than giving kids a full plate of information.

However I would hope that Mrs Kerbopal could come up with a more informative and less dismissive answer to Ralph's question. One option would be, "Ralph, it is an alternative religious theory of how life developed. We don't study it in school because it is not generally accepted by the scientific community." She then might suggest that Ralph ask his parents, minister, or Sunday school teacher for further explanation, or she might recommend a book or internet research.

Religuous, yes, but not religion.

The same as discussing some muslim beliefs that might help students understand the crusades or the palestinian struggles....

Crack-pot you say, OK maybe, but don't schools teach Ptolemy's conclusions on planetary orbits? Or Aristotles idea of objects floating through an Ether in order to explain, gravity, friction, inertia...obviously they was wrong, yet it's important to learn about there theories.

I honestly don't know the details of the Dover case, particularly where they intended on teaching the topic.

I think it would be appropriate in a History class to discuss Intelligent Design, especially Current History. Government class, Biology even.

My point is you don't need to get the baptismal font out in the school cafeteria in order to teach a religious topic. All you need is open, and free discussion of ALL the information. The more is the better.

The problem, Skeeter, was that they wanted Intelligent Design to be taught in science classes as part of the science curriculum.

I am all for the study of religion in the context of social sciences - it's fascinating stuff. And kids should be able to learn about whatever interests them because anything that gets their brains working has value. But I stick with my original point that Intelligent Design is nothing more than neo-creationism and should not be taught as an alternative to Darwin's Theory of Evolution.