The Slippery Slope of the Nanny State 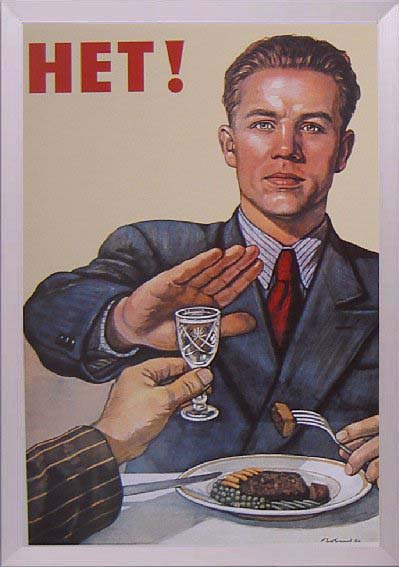 The above quote is from Conservative shadow culture secretary Theresa May, commenting on a proposed ban on passengers drinking alcohol on public transport in the .

The aim of the ban, which is only now being considered, would be to stop drunken yobs from terrorising other passengers on buses and trains. It was proposed by Louise Casey, the head of the Home Office anti-social behaviour unit.

The ban would also prohibit passengers in a dining car from having a drink with their meal.

One of the main arguments against the proposal is that drunken passengers who cause problems most often board trains and buses in an already inebriated state. Usually they are making their way home from pubs and clubs or travelling between venues. Obviously the proposed ban would do nothing to alleviate this problem.

Another argument against the proposal is that people should be allowed to have a “civilised” drink whenever they want one, and that this is just another example of the nanny state denying citizens their rights.

The BBC has said that it is unlikely that the ban would cover air travel.

The ban is absolutely ridiculous when you consider 1st class passengers on the Eurostar to Paris, for example, who are served a proper meal and should be able to drink champagne with it on either side of the channel tunnel. Or even Max and Jono in 2nd class who like to have a beer with their sandwiches from the snack bar.

I have a serious question. Many people here have argued in favor of Government run healthcare programs. Why doesn't that fall under the nanny state? Thanks in advance.

Riggs, universal healthcare is a lovely idea but the government is not capable of running it anyway so it's a moot point. And generally no, that is something different to what is meant by “nanny state”, at least in my understanding of the term. Nanny state refers more to what the government tells you to do or not to do, supposedly for your own good, rather than what it provides in terms of healthcare or education or anything else.

P.S. Do you like the visual? I actually own that poster, bought it in the Vernisazh market in Moscow. For those that don't read Russian: "HET" is "nyet" (i.e. 'no').

I like nothing more than a jar on the way into central London on a night out. The journey is 20 minutes from my 'hood, and the one tinny on the way makes me more festive. On the way home, I might have another 'traveller' on the journey. Think about all the business the little station shops will lose, and the fact that people will likely just slam the beer on the platform that they would have had on the journey. I think it's ridiculous...it was definitely a sore point of conversation in our home yesterday!--Kirsten

Aren't the Brits also trying to outlaw smoking? I saw something on BBC about the law coming close to being a total ban in public houses and pubs. Boy Blair doesn't want anyone having any fun does he?
k

Kirsten - or pre-mixed Pimm's in cans on the train on the way to Ascot. But at least we would still be able to drink champagne in the car on the way to Stonehenge. Until they outlaw open containers, that is. (Don't worry, everyone else, the driver wasn't drinking.)

Knotty, you are right. But listen to this: there is an historic loophole which means that Westminster Palace will be mostly exempt from any smoking ban that is passed. That means the lawmakers would not have to abide by the law to the same extent as everyone else. Members of Parliament and the House of Lords would still be able to smoke in their offices.

Did you know the ACLU came from the Communist party???
Death to all Commie, Pinko, Fags...
We need another McCarthy!

Thanks for your suggestion well written article with lot of helpful information.
visit:Nanny London